Corona outbreaks are on the rise in Saudi Arabia due to carelessness of worshipers in mosques. Dozens of worshipers have confirmed corona in the past day. Saudi Arabia decides to allow 11 countries to travel from tomorrow, after which dozens of mosques in different areas have been closed. According to the Ministry of Islamic Affairs, Invitation and Guidance, more than 1,500 mosques have been 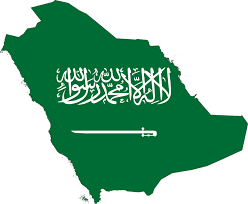 while one belongs to Sharqiya and Asir.The Islamic Ministry has appealed to all worshipers on its Twitter account to refrain from going to the mosque without the corona test if any worshiper feels any sign of corona virus inside them Until he is convinced that he is not suffering from corona, he should continue praying at home. Cover his face with mask, bring the place of prayer from home. Disposable place of prayer has also been provided in mosques. Keep a safe distance from other worshipers.

The Ministry of Islamic Affairs added, “Negligence in this regard will result in endangering other worshipers.”Everyone should keep in mind that adherence to security measures is a duty and a civic act. Worshipers are requested to report any shortcomings in the implementation of Corona SOPs in any mosque by contacting 1933 at the earliest opportunity. Significant changes were announced regarding the timing of the prayers, under which mosques will be closed immediately after congregational prayers, and Friday sermons have been limited to 15 min