Punjab rejects possibility of online exams despite student protests. Despite protests from students, the possibility of online exams in Punjab has been ruled out. Punjab Education Minister Murad Rass has made it clear that exams in Punjab will not be canceled. According to details, while talking in a program of a private TV channel, he said that this time as many trends as celebrities or celebrities come but the exams will not be canceled as the children have already suffered a lot. Replying to a question, Punjab Education Minister Murad Rass said that this week there is a meeting of all the provincial ministers in which the next course of action will be decided, in which I would suggest that some subjects be reduced but online exams mean Is a copy. 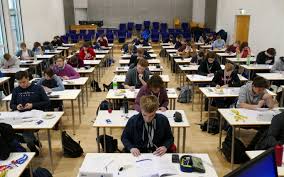 On the other hand, students protesting against exams in Fiazabad tortured an innocent citizen. A video of angry students destroying a citizen’s car with stones and sticks came to light. According to details, students in Faizabad There were widespread protests after the government decided not to take online exams after a year of online classes, with some angry students damaging local shops and an innocent citizen by a group of students. He was walking towards his destination despite the road being closed during the protest when the students blocked the road. When the vehicle did not stop, the students pulled the citizen out of the vehicle and tortured him. In the video, it can be seen that the students are trying to open the car doors.