A dutiful and honest Deputy Commissioner should be appointed in Jhal Magsi district. Several public departments in Majasy ignorance said in their joint statement that more than thirty years have passed since the establishment of Majasy ignorance, but so far the situation of the area’s residents has not improved due to the deteriorating law and order situation.

Besides, the culture of weapons is common, there is no safe citizen, and there is an atmosphere of insecurity in the entire region, including the headquarters of Gendwa district, which has a population of thousands, but the basic needs of the city are clean drinking water and electricity, health and educational facilities. 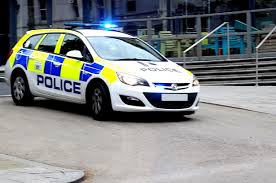 While corruption is common in the Jhal Magsi district of the province, millions of crores of rupees are spent in the name of the development process, while people are always kept in the dark due to a lack of planning. Dozens of district offices in the brigade and the performance of officials question mark. There is no coordination process. If one points to the basic facilities, some notable personalities will be mobilized. An obedient and honest deputy commissioner should be appointed