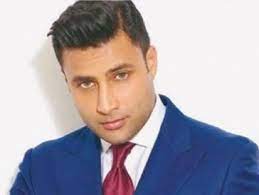 In this regard, he said in his tweet that he was on a weekly holiday in Dubai and would return to Pakistan on Monday. It may be recalled that Zulfi Bukhari had resigned from the post after being named in the Ring Road scandal and had offered to put his name in the exit control list from Prime Minister Imran Khan.

It should be noted that a few days ago, senior journalist Haroon Rashid had reported that Zulfi Bukhari, a close friend of Prime Minister Imran Khan and resigned Special Assistant, would flee the country and his news proved to be true, even from many political circles. Such was the claim – senior journalist Haroon Rashid had said that rumors about Zulfi Bukhari would flee the country.
If he escapes, his political career will end and he will be disgraced. Such a move by Zulfi Bukhari will also discredit the government. On the other hand, PTI leader Zulfi Bukhari formed a judicial commission to investigate the Ring Road scandal. I will stay in Pakistan till the inquiry is completed. If NAB or FIA conducts an inquiry, then there will be an allegation of using influence. According to the intention of the opposition, the Judicial Commission will conduct an inquiry.
He said in an exclusive interview with a private TV channel that his name was mentioned in the report of Rawalpindi Ring Road. Therefore, he resigned. If his name was not mentioned, he would not have resigned. She is my mother’s first cousin. In the case of Ring Road in 2017, Dr. Tauqeer belonged to Principal Secretary Shahbaz Sharif. Now common sense and logic say that when Dr. Tauqeer made the alignment in 2017, he had in mind that I would take him to my village under the influence of Prime Minister Imran Khan and his relative Zulfi Bukhari.