Pakistan has named their team for the upcoming trip to Bangladesh. According to reliable sources, only the players who will compete in the T20 World Cup will go to Bangladesh.

Mohammad Hafeez said that he believes a new player should be given an opportunity to take his position on this trip, which is why he has taken this choice. Mohammad Hafeez, 41, had also notified the head selector, Mohammad Waseem, of his desire to withdraw from the competition. 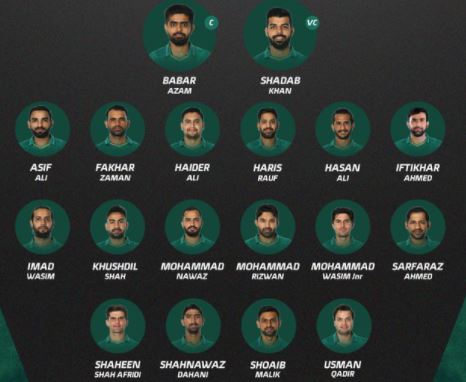 The Pakistan cricket squad will depart Dubai for Dhaka on a commercial airline the next day after the T20 World Cup, it has been previously announced. It has been announced by the Pakistan Cricket Board (PCB) that the Pakistani cricket squad that will compete in the semi-finals would not be allowed to return home.

The Pakistani squad will initially compete in a set of three Twenty20 matches in Dhaka on November 19, 20, and 22. Afterward, two Test matches will be held in Dhaka and Chittagong, respectively. Tamim Iqbal, the opening batsman for the Bangladesh cricket team, will not take part in the Twenty20 series against Pakistan. After a season of first-class cricket, he will return to the squad for the Test series against India. He plans to begin training on November 7th, according to him. Tamim Iqbal withdrew from the T20 World Cup due to personal reasons.