Oman announces free visas for citizens of 100 countries. The Gulf countries have also made important decisions regarding foreign workers during the Corona epidemic, some of which have been beneficial to them and some of which have been detrimental to them. Oman has also made an important announcement that free visas will be issued to citizens of 100 countries. In addition, the duration of stay in the state for free visa holders is being extended to 30 days. 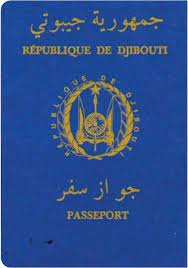 The decision is aimed at boosting the travel and tourism sector in Oman. This was stated by Omani Foreign Minister Badr Albu Saeedi while addressing the Manama Dialogue Conference organized by the International Institute for Strategic Studies in Bahrain. He further said that important amendments have been announced in the labor laws in Oman under which From now on, they will not need to take NOC to change their sponsor or employer.

This condition will be revoked soon. The abolition of the NOC policy is a step towards Oman’s 2040 vision, which will allow the kingdom’s economy to flourish faster. Omani Foreign Minister Badr al-Busaidi said the Omani government had also announced amendments to labor laws, introduced new taxes and abolished long-term subsidies, as well as financial protection for low-income families. Will be provided. The Omani government has approved a humanization policy to remove foreigners from government jobs and replace them with Omani nationals, as the local population suffers from economic hardship caused by Corona.