Kuwait’s airspace is unlikely to open before July. Like the rest of the world, Kuwait’s smallest but richest Gulf state is struggling with the corona virus. The number of corona cases in Kuwait has risen again in the past few weeks. The situation is becoming increasingly tense, especially with the advent of new viruses. That is why many restrictions have been re-imposed in the country. 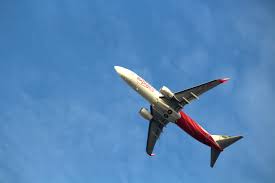 In addition, aerial operations have been suspended. Kuwaiti officials have ruled out the possibility of a resumption of economic activity in the country before July. Similarly, the country’s airspace is likely to remain closed for the next few months. Although vaccinations are ongoing, unless the large population of Kuwait is vaccinated, the ban on various activities is unlikely to be lifted. Corona cases have resurfaced in the country in the past few weeks. The vaccination process has been expedited to control them. A new consignment of vaccines will arrive soon. The procedure for importing vaccines has been streamlined by the government. It is hoped that more people will be vaccinated in the near future. Currently the situation is uncertain.

Flight operations cannot be resumed soon. On the other hand, Federal Interior Minister Sheikh Rashid Ahmed has given the good news that soon Pakistani youth will be able to find employment in Kuwait. He told the media that the visa ban imposed on Pakistanis by the Kuwaiti government in 2011 It will be removed soon. After which a large number of Pakistani youth will be able to get jobs in Kuwait.

The nation will soon hear good news in this regard. It should be noted that the Kuwaiti government is pursuing an important policy to reduce the number of foreigners in the country, which is having the greatest impact on Indian immigrants. There are currently about 1.4 million Indians residing in Kuwait, of which about 800,000 will be repatriated and thousands have already been repatriated. Kuwaiti officials say non-Indians are a burden to the Kuwaiti economy and are not helping the country’s development, so visas will now be issued to people with the latest skills to replace them.