The Indian subcontinent is currently a flashpoint around the world due to the dangerous situation in Corona. In the last few days, the daily cases of corona in India have increased to more than 300,000. The situation has caused a stir among Indian officials and Prime Minister Narendra Modi has come under fire. Even today, 2200 people have died in India. After such a large number of cases came to light, many countries have banned the entry of Indian passengers. Following the announcement of a ten-day ban by the UAE, Kuwait has also immediately banned the entry of Indian passengers. Has given According to the Gulf Times, Kuwait has banned flights from India. 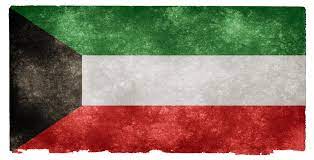 The ban on flight operations has been imposed indefinitely. The sudden ban decision has halted the return of thousands of Indians to Kuwait who were already panicking over the escalation of cases in India. These Kuwaiti visa holders wanted Indian citizens to go to Kuwait immediately to save their lives, but now it has become difficult for them as well. The Kuwaiti Directorate General of Civil Aviation said in a Twitter statement that all flights from India to Kuwait had been suspended. The decision was taken after the Corona epidemic in India worsened. “Passengers from India have been banned,” the tweet said.

However, passengers will be able to come to Kuwait who will spend 14 days in another country before coming to Kuwait from India. Only after this 14-day period will they be allowed to enter the country. However, Kuwaiti citizens stranded in India, their close relatives and domestic workers will be able to return to Kuwait. For India, the ban will not apply to cargo flights.