By the grace of Allah, the weather in Saudi Arabia has been very pleasant this time during Ramadan. The weather has been very pleasant during the four weeks of Ramadan due to heavy rains across the country and it has been very easy for the fasting people. For which they have given thanks to their Lord. Even today, the Saudi Meteorological Department has given good news. According to the Meteorological Department, thundershowers are expected in several parts of Saudi Arabia on Monday. There will be heavy rains, especially in Makkah and Madinah, which will relieve Umrah pilgrims from the rising heat. According to details, heavy rain is likely in Makkah, Madinah, Asir and Baha today. Dust storms also blow in these areas before the rains. 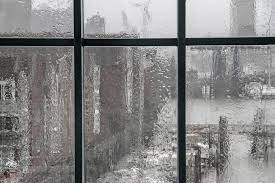 On the other hand, meteorologist Abdul Aziz Al-Husseini says that in the next few days, there will be a severe heat wave in the Gulf countries, including Saudi Arabia. After which the temperature in the eastern region of the country will reach 50 degrees Celsius. The Civil Defense Department has asked locals and migrants to avoid heading to valleys and low-lying areas during the rains and not to go on any picnic.

This is because the accumulation of water in low-lying areas can cause serious problems for drivers. In particular, vehicle wipers should be checked before traveling as it is very difficult to drive when the wiper is damaged in case of rain and the chances of accidents increase. All drivers should not exceed the speed limit and it is best to stay away from flood prone areas. Because in the past, many tourists and drivers have lost their lives in the valleys during the rains.