India’s Muslim girl has done what many billionaire businessmen have not been able to do. The UAE launched the Golden Visa last year to increase investment in the country and increase the number of outsourced, talented and capable people. Thanks to this, people get permanent residence – they and their families get extraordinary benefits. This visa is very popular all over the world, however, many important conditions have to be fulfilled to get it. As a result, only a few thousand people from around the world have been able to obtain a five- or ten-year residence visa. However, a Muslim girl from India has got the Golden Residence in the UAE due to her high academic performance. 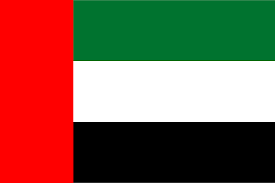 Tasneem Aslam, a student from the Indian state of Kerala, has been granted a ten-year visa in the category of Distinguished Students, after which she will now be able to stay in the UAE until 2031.
On this great achievement, Tasneem said that getting a Golden Visa is the best moment of my life for which I am thankful to Allah Almighty and I am very proud of this achievement. The support of my family in this success is a great blessing to me. Tasneem Aslam is a memorizer of the Holy Quran and Islamic jurisprudence is his special subject. He has surpassed students from 72 countries in Al-Qasimiya University of Sharjah by getting excellent marks in Islamic studies examinations.

For four consecutive years, she scored 395 out of 400 in the exams. His entire academic career has been brilliant. Tasneem’s father, who runs his own publishing center in Sharjah, is also happy with the success of his daughter. Tasneem also accompanies him in this business. Also checks the social media account of a business entity.
It should be noted that for the first time in a few days, a Bollywood actor Sanjay Dutt has also managed to get a Golden Visa from the UAE. Sanjay Dutt is the first Bollywood actor to get this residency visa. Sanjay Dutt was introduced by Golden Visa GDRFA-Dubai Director General, Major General Muhammad Ahmed Al Murri himself. The UAE has announced the acquisition of the Golden Visa through its Twitter account.

“I am honored to receive the UAE Golden Visa from the Director General of the Directorate General of Residency and Foreign Affairs, Dubai, Major General Mohammed Ahmed Al-Murri,” he wrote. But Fly also thanked Hammad Obaidullah of Dubai. The UAE government announced the Golden Visa Housing Scheme in 2019. As a result, foreigners have the opportunity to live, work and do business and study here. Holders of this visa do not need an Emirati sponsor. This Golden Visa is issued for a period of five or ten years, which can be extended.