Today We Know In Pakistan price of gold shattered every previous record.It is the first time in the history of the nation that the price of 10 grammes of gold has risen over the barrier of 1 lakh forty thousand rupees, smashing all of the records that were previously held for the increase in price. According to the statistics, gold prices in Pakistan, which is the country that has suffered the most significant reduction in the value of its currency in recent months, have also achieved all-time highs.

According to several media reports, the price of a gold bar weighing 10 grammes might currently reach more than 140,000 rupees on the country’s exchange markets. According to the latest report from the All Pakistan Supreme Council Jewelers Association, the cost of one tola of gold has increased by one hundred rupees in the most recent week. 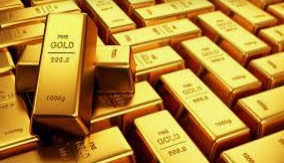 It would seem that prices are moving in an upward direction. The cost of gold has increased by $39 since yesterday. On the international market, the price of an ounce of gold has increased from $1759 to $1798. This represents a rise of 3%. The widespread belief is that the enormous increase in the price of gold in Pakistan may be attributed to the devaluation of the Pakistani rupee, which has occurred during the last several years.