Five new bus routes will be announced in Dubai. Dubai’s transport sector is state-of-the-art and convenient. That is why large numbers of people travel on public sector buses and trains. These buses are also comfortable and take passengers to their destination at high speed. The Dubai Roads and Transport Authority (RTA) has announced the launch of new routes to cater to millions of passengers.
The RTA says five new bus routes are starting in Dubai from June 1, while six old routes are being extended to the next area. The initiative has provided thousands more people with cheap and comfortable daily travel. However, one route has been canceled. The details of the new routes are as follows:
۔
Route No. 14 will start from Oud Metha and end at Al-Safa. The journey will take 20 minutes.

Route No. 23 will start from Oud Metha and end at Al-Nahda 1. The duration of the journey will be 30 minutes.

Route No. 26 will start from Oud Metha and end at Business Bus Station 2. The journey duration is 20 minutes. However, this route will remain closed on Friday. 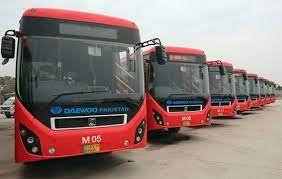